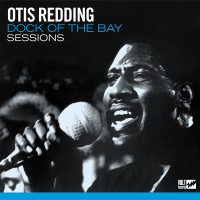 “Dock Of The Bay Sessions” was compiled with input from Roger Armstrong of Ace Records and Otis biographer Jonathan Gould and has the Redding family’s full endorsement. Although the individual tracks have been previously released across a smattering of posthumous albums and compilations, this marks the first time they have been assembled to resemble what this album could possibly have been.

This year marks the 50th anniversary of the album’s opening track “(Sittin’ On) The Dock Of The Bay,” one of the last songs Redding ever recorded. Released in January 1968, it soon topped the charts in March 16th in the US becoming the first posthumous #1 single in the history of the U.S. music charts. It also reached number 3 in the UK, and went on to sell more than four million copies worldwide.