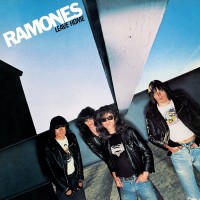 Following the Ramones 40th anniversary reissues campaign; the first three albums by Ramones will be reissued on vinyl with the remastered audio from the 40th anniversary releases. 1977 saw Ramones release two great albums in the same year, and Leave Home was the first to be released in January of that year, as the follow-up to their eponymous debut album. This 30-minute opus of buzzsaw rock introduced fans to classics like “Pinhead” “California Sun,” and “Swallow My Pride.” This release will feature the 2017 audio from the Leave Home 40th Anniversary Edition – remastered by original Leave Home album engineer/mixer Ed Stasium.