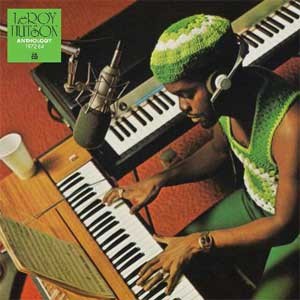 Acid Jazz pull a blinder here, delivering the definitive Leroy Hutson compilation – ‘Anthology 1972-1984’. A legend to soul fans, his catalogue has been increasingly sought after by collectors and producers since the last time it was widely available nearly 20 years ago. College friends and early collaborator with Donny Hathaway then hand-picked as Curtis Mayfield’s replacement in The Impressions, his solo career resulted in 7 albums for Mayfield’s Curtom label. They are considered some of the greatest of the era and the very best music from them is collected here. Licensed from Mr Hutson himself, this represents his first approved Anthology, and comes in a beautiful package with an essay by soul expert and Mojo award-winning writer Tony Rounce and memorabilia and photos from Mr. Hutson’s own personal archive. The first single lifted to preview the album – the previously unreleased ‘Positive Forces’ has been championed at 6Music by Gilles Peterson who described it as one of the most important discoveries of the past ten years.