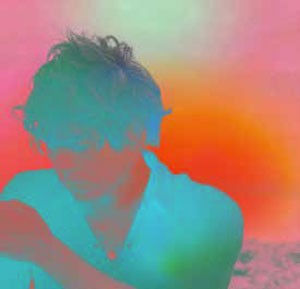 Shock Machine is the new project from the Mercury and Ivor Novello winning artist James Righton (formerly of Klaxons).

His eponymous debut album is a collection of timeless pop music that embraces inspiration from decades of off-kilter classics, such as ELO, Roxy Music, 70s McCartney, “Benny and the Jets by Elton John on acid”, alongside a passion for ultra vivid shimmering psychedelia - the result is a gorgeous celebration of melody and synths.

Recorded in a cabin in the South of France with the help of esteemed producer James Ford (Arctic Monkeys, Florence and the Machine, Foals, Haim) and then mixed in Atlanta by Ben H Allen (Animal Collective, Deerhunter, Gnarls Barkely), the material has already won fans such as Mark Ronson,The Strokes, Graham Coxon and Erol Alkan, as well as continued support from Pitchfork, Zane Lowe and Annie Mac.