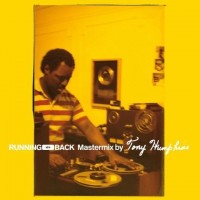 Running Back's Mastermix series is a timely reminder of what has made Running Back endure and remain at the top of many house music fans' favourite label lists for over a decade. Gerd Janson's widely adored imprint has invited one of house music's original & greatest proponents of the Mastermix, NYC's Tony Humphries, to curate and mix the CD edition of the compilation, accompanied by an unmixed double-LP which features a handful of the compilations rare & exclusive cuts. Beginning with Todd Terje's blockbuster "Ragysh" and traversing tracks from across the label's history, it includes contributions from long time label regulars alongside more recent additions and reminders of some of RB's best reissues. Label mainstays Tiger & Woods, Matthew Styles, Redshape and Leon Vynehall all appear, alongside Mr G, Paul Woolford and recent breakthrough artists Shan, Jex and Roy Camanchero. Tiger & Woods's "Don't Hesitate" appears on vinyl for the first time, while the Dixon edit of Precious System's anthem "The Voice From Planet Love" will be available on wax again after only appearing on a super limited 12" run the first time around. The choice of Tony Humphries to mix the compilation is a significant one. Having received his break in the early 80s as an understudy for the legendary Shep Pettibone's Kiss FM show, Humphries went on to become one of the defining DJs of house music's formative years with his residency at New Jersey's Club Zanzibar and London's Ministry of Sound. His previous mixes illustrate his continuing ability to bridge dance music's past & present, with prior contributions to Resident Advisor and Fabric's respective series in addition to label compilations for King Street Sounds and West End Records.