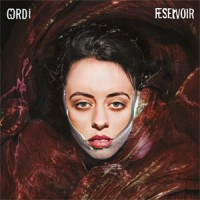 On the farm in rural Australia where 24-year-old Sophie Payten - AKA Gordi - grew up, there’s a paddock that leads down to a river. A few hundred meters away sits another house, which belongs to her 93-year-old grandmother. The rest, she says, “is just beautiful space. And what else would you fill it with if not music?” And so she did, first tinkling away on an out-of-tune piano and then on the acoustic guitar she got for her 12th birthday.

Gordi’s first foray into songwriting came in the form of performances at her school’s weekly chapel. There the chrysalis of the music she’s making now - a brooding, multi-layered blend of electronica and folk, with lyrics that tend to avoid well-trodden paths - began to form. “I often find that writing about platonic relationships,” she says, “can be a great deal more powerful than writing about romantic ones.”

‘Heaven I Know’, from Gordi’s debut album ‘Reservoir’, is an example of just that. With the breathy chant of ‘123’ chugging along beneath the song’s sparse melody and melancholic piano chords, ‘Heaven I Know’ gazes at the embers of a fading friendship.

The ramifications of loss ripple throughout ‘Reservoir’, which she wrote and recorded in Wisconsin, Reykjavik, Los Angeles and Sydney. Gordi produced two of the tracks herself (‘Heaven I Know’ and ‘I’m Done’) and co-produced the rest.

When it comes down to it, the running thread of the album is its lyrics. “Music is kind of what encases this story that you’re trying to tell,” says Gordi. Her stories are stark, honest and soul-searching. Like ‘the trifecta’ of Billy Joel, Carole King and James Taylor that soundtracked her upbringing, she’s unafraid to sit in contemplative melancholy - a place she calls, fittingly, “the reservoir.”