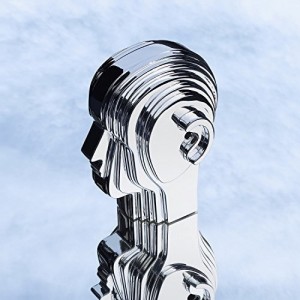 It's been twelve long years since the last Soulwax release, 2005's night versions seems an awful long way away, but it's a hell of a lot closer to the introduction of half their instrumental arsenal. Peppered with drool-inducing machinery (if that's your thing) blipping and pulsing away, this is both a futuristic concept and a historical homage.  Opener 'Preset Tense' (it's funny because synths have presets now) is an acidic slice of funked-out 'tron, underpinned by stabs of crystalline keys and grooved-out 303-alike stabs. Militaristic rhythms are offset by heavily swung grooves and clashing snares. 'Condition Of A Shared Belief' twists and turns, scrawling jagged trails of krautrock-inspired sketches behind a soaring atonal vocal abstraction. It is both absorbing and jarring, rendering a head-nodding groove out many conceptual threads like some of Kreidler's finest numbers.

Things start to get a little bit more traditionally melodic later on with the sleazy disco hustle of 'Do You Want To Get Into Trouble'. Neon steampunk percussives and glowing reverbs are met with pulsing bass and futuristic squeals, coalescing into a cosmic gothy funk.

The afrobeat drums on 'The Singer Has Become A Deejay' twist and turn around a sidechained phaser, dropping into the background before being pulled back into the mix, twice as voracious as before. It's a mellow rhythmic break before the euphoric highs of 'Here Come The Men In Suits' and the resigned ode to bullshit that is 'Goodnight Transmission', along the same sweetly sung / sourly embittered lyrical themes of the great John Grant.

From Deewee is a triumph, varied enough to show the wide range of skills these talented Dewaele's have (as if 2 Many DJ's weren't enough evidence), but running gracefully and satisfyingly true to (what I assume are) their influences.

Barry says: A superbly presented suite of funked-out sleazy electronica, grooving Krautrock and simmering ambience. Shining with production prowess, but gritty and satisfying enough to keep even the interest flowing. A brilliant return for Soulwax.

Preset Tense
Masterplanned
Missing Wires
Conditions Of A Shared Belief
Is It Always Binary
Do You Want To Get Into Trouble?
My Tired Eyes
Transient Program For Drums And Machinery
Trespassers
The Singer Has Become A Deejay
Here Come The Men In Suits
Goodnight Transmission