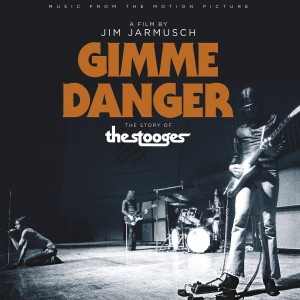 The documentary ‘Gimme Danger’ on Detroit’s legendary rockers The Stooges, directed by noted filmmaker Jim Jarmusch, premiered to rave reviews at the Cannes Film Festival in May of this year. Following a media blitz of press articles & great notices, it began a theatrical run in the US Oct 28, with some European markets opening during November, with more slated into 2017. The film is produced by Amazon Studios, who have already executed an aggressive online marketing campaign behind it. Other release formats for the documentary are due in early 2017and the soundtrack release dates are aligned as much as possible to match with those. Rhino is lucky enough to be releasing the soundtrack album, which has been compiled by the film’s producers, with active involvement from both Jim Jarmusch & Iggy Pop himself.