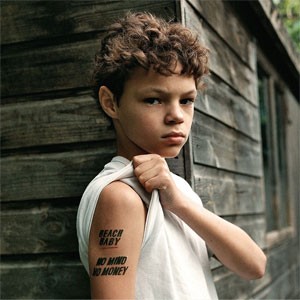 Beach Baby will release their much-anticipated debut album, 'No Mind No Money', on September 2nd. The band will be supporting Beaty Heart around the US in September, before playing their own series of headline dates across Europe Additional festival slots are still to come at Reading & Leeds and Festival Number 6, with across-the-board support at Radio 1, 6Music, Radio X and Spotify. Captured vividly across ‘No Mind No Money’, London four-piece Beach Baby have built up a tightly-sealed, vaguely surreal world of their own. Beach Baby’s touchstones have now evolved to include seminal acts on both sides of the Atlantic –from Parquet Courts and Mac DeMarco to Ariel Pink and cult lo-fi artist Cleaners From Venus. They each supported themselves throughout this creatively-intense period with make-ends-meet jobs, which included working in burger joints, ‘charity muggers', and - in perhaps the oddest of odd jobs - working as a script reader for production companies like Icon.

The aptly-titled ‘No Mind No Money’ touches frequently on those less-glamorous uncertainties of post-campus life: apathy, escapism, and the distance between your own future and the iconic bands or movies you grew up on. “One of the best new bands in Britain” Sunday Times Breaking Act. “Make no mistake, Beach Baby have every means of triumphing in the big leagues” DIY. “Captures the best of several genres – post-punk, baggy, shoe gaze, grunge –without sounding like a mess” Guardian. “That aching, inexplicable magic of college innocence is all here” Stereogum. “You’ll fall for this London foursome” i-D