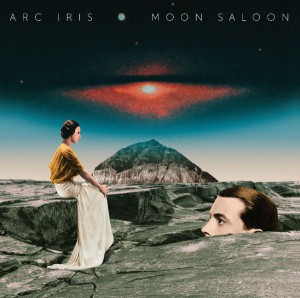 Having announced themselves to the world with their acclaimed self-titled debut in 2014, Arc Iris return with their second album, ‘Moon Saloon’, released on Bella Union.

In many ways this second album captures Arc Iris’ musical odyssey as a band. “It has a heavier sound, more intense,” says Arc Iris keyboardist Zach Tenorio- Miller, who makes liberal use of sampling in many of the songs. The group matches an unusual array of organic acoustic instruments with layered electronic sounds.

“Though they are only a three-piece, they have a large arsenal of sounds and sensibilities to work with, and they use every bit of it to make beautifully textured soundscapes difficult to box into any genre.” - Stereogum