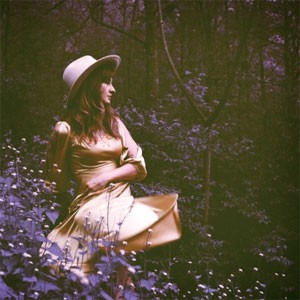 First impressions matter. Especially on a debut album. Time and attention-strapped listeners size up an artist within a song or two, then move on or delve in further. Fortunately, it only takes Margo Price about twenty-eight seconds to convince you that you’re hearing the arrival of a singular new talent. “Hands of Time,” the opener on Midwest Farmer’s Daughter, is an invitation, a mission statement and a starkly poetic summary of the 32-year old singer’s life, all in one knockout, self-penned punch. Easing in over a groove of sidestick, bass and atmospheric guitar, Price sings, “When I rolled out of town on the unpaved road, I was fifty-seven dollars from bein’ broke . . .” It has the feel of the first line of a great novel or opening scene in a classic film. There’s an expectancy, a brewing excitement. And as the song builds, strings rising around her, Price recalls hardships and heartaches – the loss of her family’s farm, the death of her child, problems with men and the bottle. There is no self-pity or over-emoting. Her voice has that alluring mix of vulnerability and resilience that was once the province of Loretta and Dolly. It is a tour-de-force performance that is vivid, deeply moving and all true.

From the honky tonk comeuppance of “About To Find Out,” to the rockabilly-charged “This Town Gets Around” to the weekend twang of “Hurtin’ (On The Bottle)”, Price adds fresh twists to classic Nashville country, with a sound that could’ve made hits in any decade. Meanwhile, the hard-hitting blues grooves of “Four Years of Chances” and “Tennessee Song” push the boundaries further west to Memphis (the album was recorded at the legendary Sun Studio).

Barry says: Margo price's vocals soar above rich and satisfying slide guitars and plucked acoustic, lifting strings and solid bass guitar. Emotive and reflective, but beautifully reminiscent of classic country acts (Parton, Cline etc.) but brought up to date with a production sheen and melodic originality. Country has never steered away from stereotypes of locale and thematic continuity and this is no exception. A stunning example of the modern Nashville sound.

Margo PricePerfectly Imperfect At The Ryman