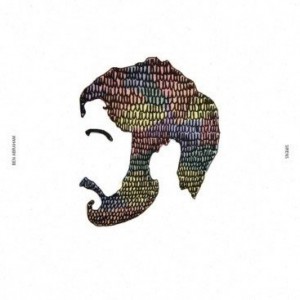 In contrast to its ethereal title, Ben Abraham’s ‘Sirens’ is deeply human. Its songs were written over the artist’s developing years as a writer and the album has become a kind of musical documentary of the loss, longing and growth that carried Abraham from his very first lyric to this, his first album.

Abraham first found his voice writing songs whilst working in a hospital. Eight years on, he’s made an album, toured with Emmylou Harris, co-written with Grammy-nominated singer Sarah Barreilles and made ‘Sirens’, his debut album.

Ben recorded ‘Sirens’ with two local friends, Jono Steer (who was his live mixer) and percussionist Leigh Fisher. A number of other Melbourne musicians joined in on sessions, including Gossling, whose angelic voice can be heard in the opening track. Gotye helped produce the haunting vocals on ‘Speak’, while ‘experimental electronic producer’ Tim Shiel assisted on ‘This Is On Me’.

‘This Is On Me’, co-written / sung with platinum-selling artist Sara Bareilles, has its own story. After Abraham posted a song (‘To Sara, From Ben’) on YouTube, Bareilles’ fans began to tweet the video and it grabbed her attention. When she played Melbourne in 2011, she invited Abraham up on stage to co-sing a cover of Bruce Springsteen’s ‘I’m On Fire’ and an original co-write was subsequently born.