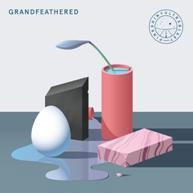 Pinkshinyultrablast are a five-piece band from Saint-Petersburg in Russia, whose debut album, 'Everything Else Matters', released at the beginning of 2015 was met with huge critical acclaim. Headline shows across Europe, an energetic and committed fanbase, continued support at radio - all combined to make this upcoming second record one of the most anticipated in 2016. Around the first album the band were quoted as saying "we realised the local indie scene was totally boring and wanted to play something radically different". The vision of achieving notoriety outside of Russia has been integral to the band's philosophy - they are very much an international band now.

A Russian band making a shoegaze record, was seen by some, as something of a novelty. The novelty was quickly eroded, firstly by shoegaze fans who awarded the band an invaluable seal of approval, but also by the music press, who quickly realised that they were not just 'any' shoegaze band. This was a band with widespread appeal, an engaging front-woman and a thrilling live show.

They've been compared to Lush among others. But this is no mere throwback tribute. Grandfeathered is a more experimental listen compared with the debut album, it's the sound of a band unafraid to try new things and embrace those fine lines between visceral noise and restrained subtlety. The band saying of the new sound "The new album has been recorded and mixed much faster than the previous one. The songs have more density to them and are generally more complex."

The band take their name from an Astrobrite album, an act who were, according to the band, instrumental in how they "researched spaces between ambient, heavy guitar and pop music"