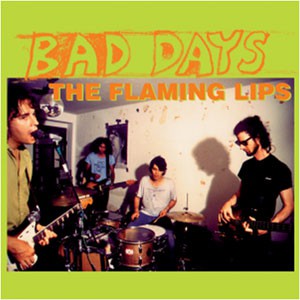 THIS IS A RECORD STORE DAY 2015 EXCLUSIVE, LIMITED TO ONE PER PERSON.

2015 marks the 20th anniversary of the critically worshiped Clouds Taste Metallic, The Flaming Lips 7th studio album originally released in 1995. THE LIPS love RSD and to celebrate, they offer a series three Limited Edition 10” EPs on different colored vinyl that contain tracks previously released on only CD overseas…until now. These rarities will now become available for the first time EVER in any format in the US. Later in the year the band will be releasing expanded anniversary editions of Clouds Taste Metallic with previously unreleased recordings from the sessions including demos, outtakes, radio sessions, live performances and more. Further details to be announced soon.

SIDE A:
Bad Days (Edit) & She Don't Use Jelly (Primitive Demos)

SIDE B:
Girl With Hair Like An Explosion (Non LP Track), Giraffe (Demo)