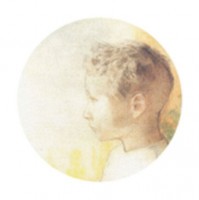 Toronto duo Moon King, made up of songwriter Daniel Benjamin and singer / guitarist Maddy Wilde, have crafted a raw, rapturous and emotional new record, which documents their ascent from an intimate conceptual project into a powerful live band.

Following a year of touring in support of their ‘Obsession I’ and ‘II’ EPs, Daniel and Maddy relocated to a cottage in northern Ontario to record the album with a group of Toronto music scene luminaries, all of whom had played in various incarnations of the live band.

Mostly recorded live off the floor, there is a deep sense of loss and longing in ‘Secret Life’. Moon King channel desperation and project it outwards, each song carrying with it both a weight and a sense of urgency.