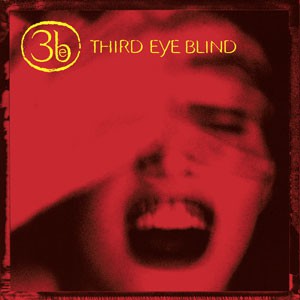 Third Eye Blind is the eponymous debut for the American alternative rock band Third Eye Blind, originally released in 1997. It spawned several singles, including top 10 charting “Semi-Charmed Life”, “Jumper”, and “How’s It Going to Be”. While Third Eye Blind peaked at #25 on the Billboard 200, it spent 104 weeks on the charts. It is the group’s bestselling album, having been certified 6x Platinum.

Third Eye Blind is catchier than the average post-grunge album, and that fact alone reveals a lot about the band. Instead of relying on standard, plodding grunge influences, Third Eye Blind draw heavily from the simple hook-laden traditions of classic Arena Rock, which makes the album more immediate. Third Eye Blind is easy on the ears, and its straight-ahead professionalism makes it a pleasurable listen for post-grungers.

SIDE A
1. Losing A Whole Year
2. Narcolepsy
3. Semi-Charmed Life
4. Jumper

SIDE D
1. The Background
2. Motorcycle Drive By
3. God Of Wine