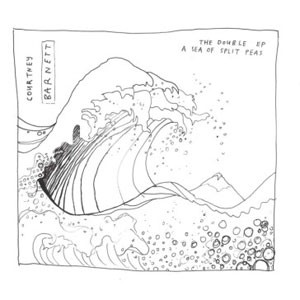 Lead single ‘Avant Gardener’ is a vivid display of Courtney Barnett’s magic. A hookladen fug of country roots and discordant psychedelia with a dreamlike narrative.

The collection is a record of two halves, and collates her story so far. It fittingly begins with six brand new songs and is then backed with six older tracks which were originally released in the form of her 2012 debut EP. Together, ‘The Double EP: A Sea Of Split Peas’ spans genres and stories, and is a unique introduction to an incomparable and exciting new talent.

As well as ‘Avant Gardener’, selected highlights include the gorgeous and woozy piano-strewn opener ‘Out Of The Woodwork’, which shows the darker side of her writing. ‘Anonymous Club’ sees Courtney at her romantic, melancholic best, while the infectious, Dylan-esque cavalcade that is ‘History Eraser’ was recently nominated alongside Tame Impala for the APRA Song Of The Year back in Australia.