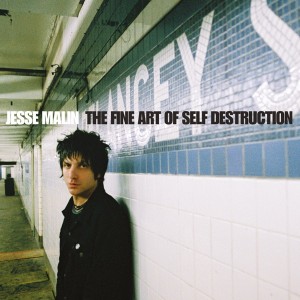 “Malin writes vivid songs with killer tunes and sings them with scary conviction… There is simply nothing more you can demand from a great rock record.” - The Times (★★★★★)

Released in 2003, Jesse Malin’s acclaimed debut ‘The Fine Art of Self Destruction’ “wasn’t named for drug or alcohol abuse,” says Malin. “It was more about a personal wreckage when I looked back on my life, from my parents’ divorce to failed relationships, broken up bands, dropping out of school, crashing cars, breaking things. It was more of a spiritual journey in some sense. This record is definitely one of my favorites.”

To celebrate the album’s 20th Anniversary, ‘The Fine Art of Self Destruction’ is reissued and paired with a bonus disc of alternative versions, reimagined and re-recorded with Malin’s longtime band.

The bonus album was produced by Derek Cruz and engineered by Geoff Sanoff, who worked on Jesse’s recent albums ‘Sunset Kids’ and ‘Sad and Beautiful World’.