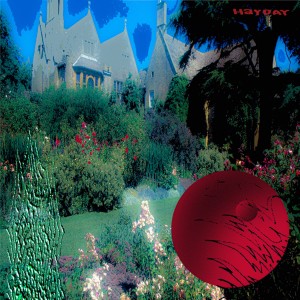 After officially joining the band in June of that year as bassist and vocalist, Lydia added her own sweet vocals, rich melodies, and punchy lyrics to the band’s heady mix. From summer to fall of that year, the quartet played their first shows at DIY establishments across Pittsburgh and Philadelphia, gaining a word-of-mouth reputation as one of the most exciting new bands on the scene.

In October 2021 feeble little horse released their first full-length album, Hayday, via Julia’s War Recordings. Full of dense textures and exhilarating tension, the album’s eleven songs bristle with pent-up energy, the mood flipping between sweet noise-pop elements and more visceral discharges, the whole thing balanced on a knife-edge between the light and dark, the earnest and unhinged.

The band continues to expand and evolve in 2022, with new music on the horizon that looks set to redefine the band’s sound once again. Before that, however, comes a reissue of Hayday, in conjunction with Unstable – a record label started by the band. Available on vinyl for the first time, this reissue also features two bonus tracks: the previously unreleased "Dog Song 2" and a remix of "Termites" by Full Body 2.