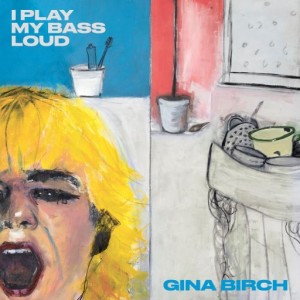 London-based Gina Birch began her storied career in music in 1977 when she formed the feminist punk band The Raincoats with fellow Hornsey School of Art student, Ana da Silva. Gina and Ana witnessed an early performance by The Slits and although neither of them knew how to play any instruments, they knew they had to start a band. Just months after they picked up their instruments they were on stage doing their thing around London and the UK in the fledgling and groundbreaking punk rock scene. The Raincoats quickly developed a large and loyal groups of fans and supporters, among them Red Krayola, Swell Maps and Geoff Travis and his new record label, Rough Trade. The Raincoats went on to record 3 albums for Rough Trade that are frequently found on lists of the most important records of the punk rock era and are still name checked as influences by artists today.

Originally, The Raincoats broke up in 1984 but were talked into reforming in 1994 when Kurt Cobain asked them to go on tour in support of Nirvana (sadly, that never happened). With a renewed interest in the band led by Kurt and Kim Gordon, The Raincoats records were reissued with liner notes by Kurt and Kim themselves. Worldwide tours and a brand new 4th album on DGC resulted in 1996. The Raincoats still perform today for special events and have started their own record label, We Three Records, to handle their back catalog.

Gina is a respected painter, a celebrated filmmaker and video director (directing videos for The Libertines and New Order to name a few) and is a mother of 2 wonderful daughters. She has formed and fronted the band Dorothy and The Hangovers.