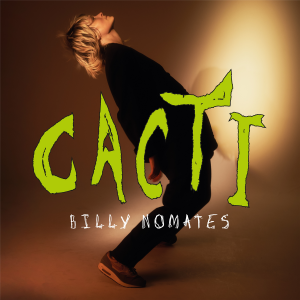 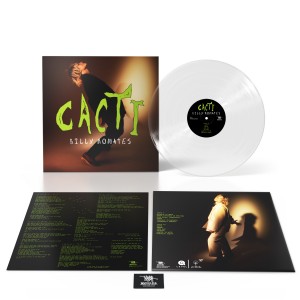 Recorded at her flat and Invada Studios, CACTI is a huge step up for the artist, who received widespread critical acclaim for her eponymous 2020 debut album, with heavy airplay across BBC Radio 6 Music and support from luminaries such as Iggy Pop, Florence Welsh and Steve Albini.

Though every bit as unrepentant as Billy Nomates’ debut, CACTI comes from a much more exposed place and sees Tor further develop her instinctive, inventive songwriting and production. Unafraid to wade into the traumas of the past two years and the eerie sense of apathy that lingers, alongside heartache and more political themes, the 12-track collection openly confronts uncomfortable truths, as Tor puts it, "70-80% of being bold is about being vulnerable as hell."

Maries said: “Writing CACTI took just over a year. I wrote very intensely and then none at all. (This seems to be the way I work best). I picked up old drum machines, mapped out things in my kitchen with the same small micro keyboard I always use and then raided the cupboards and rooms at Invada Studios, to play and experiment with old synths, an upright piano, this weird organ thing. I hope everyone finds their own narrative in CACTI. I think it's about surviving it all.”

Laura says: Ironically, Cacti is a much less, erm, spikey affair than her debut LP. The vocal delivery reminds me of the sort of female singer songrwiters that were filling stadiums in the 90s, but the self produced, sythn led sound keeps things just the right side of pop: rooted in a raw, authentic sound rather than coated in a bland pop sheen, which suits the deeply personal songwriting.