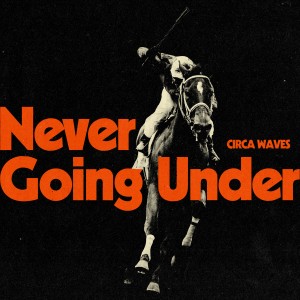 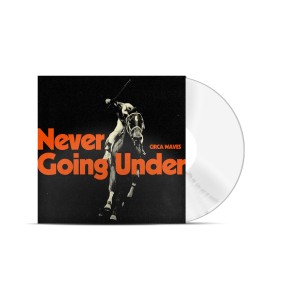 Never Going Under is the band's highly anticipated fifth record, and the encapsulation of a continued upward trajectory for Circa Waves over the last decade. Becoming one of Britain's most influential and adored guitar bands, the four piece's dedication to constantly developing their sound has seen them secure increasingly high positions in the Official Album Charts, as well as amassing an army of dedicated fans.

Speaking about Never Going Under, frontman Kieran Shudall says: "Never Going under speaks to that uniquely modern phenomenon of genuinely not knowing what type of world our kids are going to find themselves in in 30 years. Physically, environmentally, politically we are completely in the unknown. That scares us all but ultimately we know we can never give up on the future because how can you? The songs on the album are written differently from the previous work we've put out. They are written from the perspective of my son and also from my own current experience of the climate today.

Never Going Under is a snapshot of the fear we all feel today and the resilience we will need to get through it.”