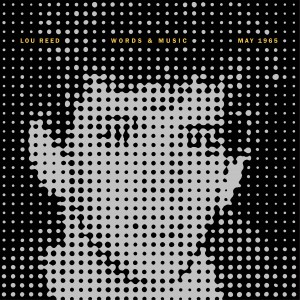 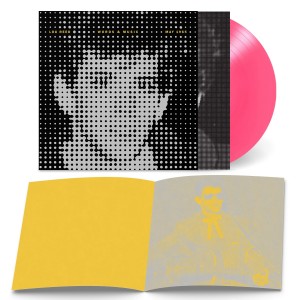 Light in the Attic Records, in cooperation with Laurie Anderson, proudly announces the inaugural title in their ongoing Lou Reed Archive Series: Words & Music, May 1965.

“To hear a tape containing their earliest demos, recorded on May 11, 1965, and locked away until now, is to hear traces of things rarely associated with The Velvet Underground: blues and folk, earthy and traditional, uncertain and hesitant… yet bristling with that rusty, caustic, Lou Reed spirit. It is a revelation.” – Will Hodgkinson, MOJO'.

Released in tandem with the late artist’s 80th birthday celebrations, the album offers an extraordinary, unvarnished, and plainly poignant insight into one of America’s true poet-songwriters. Capturing Reed in his formative years, this previously unreleased collection of songs—penned by a young Lou Reed, recorded to tape with the help of future bandmate John Cale, and mailed to himself as a “poor man’s copyright”—remained sealed in its original envelope and unopened for nearly 50 years. Its contents embody some of the most vital, groundbreaking contributions to American popular music committed to tape in the 20th century. Through examination of these songs rooted firmly in the folk tradition, we see clearly Lou’s lasting influence on the development of modern American music – from punk to art-rock and everything in between. A true time capsule, these recordings not only memorialize the nascent sparks of what would become the seeds of the incredibly influential Velvet Underground; they also cement Reed as a true observer with an innate talent for synthesizing and distilling the world around him into pure sonic poetry.

Featuring contributions from Reed’s future bandmate, John Cale, Words & Music, May 1965 presents in their entirety the earliest-known recordings of such historic songs as “Heroin,” “I’m Waiting for the Man,” and “Pale Blue Eyes”—all of which Reed would eventually record and make indelibly influential with the Velvet Underground. Also included are several more previously-unreleased compositions that offer additional insight into Reed’s creative process and early influences. Produced by Laurie Anderson, Don Fleming, Jason Stern, Hal Willner, and Matt Sullivan, the album features newly-remastered audio from the original tape by GRAMMY®-nominated engineer, John Baldwin. Rounding out the package are new liner notes from acclaimed journalist and author, Greil Marcus, plus in-depth archival notes from Don Fleming and Jason Stern, who oversee the Lou Reed Archive, while the release has been designed by multi-GRAMMY®-winning artist Masaki Koike.

Andy says: This is an amazing find and incredible document of one of the greatest song writers of the 20th century. Lou Reed's widow Laurie Anderson feels these home recordings need to be preserved and though Lou had just hooked up with John Cale there is none of their arty explosive, scuzz and sleaze here; these are just pure songs, surprisingly in the folk idiom (though this is 1965 and it's just an acoustic guitar so it clearly makes sense), simply laid down as works in progress. If you're a Lou Reed fan, (and who isn't?), this is a must!