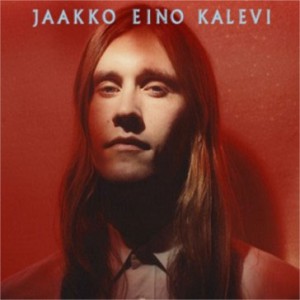 Finnish songwriter, producer, multi-instrumentalist and tram driver Jaakko Eino Kalevi follows up on the global exposure of his essential Beats In Space release with a glorious LP of oddball pop songs-not-songs. Vivid, sensual and technicolour, the self titular LP sees the musician meld elements of disco, new wave, R&B, house, dub, pop and prog into a record that’s adventurous, original and full of charm. "JEK" opens the LP in emotive synth-soul form before fan favourite "Double Talk" bathes us in drifting new wave beauty. "Deeper Shadows" fuses pastoral prog melodies with a slick Timbaland style R&B groove and dub production, while "Say" and "Night At The Field" update "More Songs About Buildings And Food" for the modern listener. On "Mind Like Muscle", Destroyer, The XX and John Cale get nice and intimate in Jaako's mind, before he takes a leaf out of Ariel Pink's book for "Don't Ask Me Why". The final three tracks on this kaleidoscopic listening experience take in the leftfield disco of Arthur Russell, Laurie Anderson experimentalism and Jean Michel Jarre's "Souvenirs De Chine" to round off a career defining LP.

Martin says: Jaakko Eino Kalevi's output has drawn comparison with Aerial Pink's, but that would be a little misleading. There is irony in the music, but not just that; he undeniably loves the crisp, faultlessly crafted blend of soft rock, electronic pop and Euro-disco he is affectionately sending up. Perhaps it wouldn't be Finnish if it weren't shot through with a hint of melancholy, but that only adds to its strange charm.