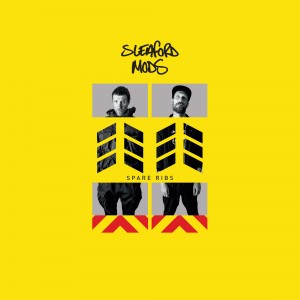 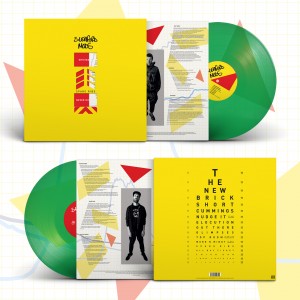 It is frustrating that in a country beset by unfolding social and economic trauma, caused in large measure and plain view by an entitled elite in service of their own ambitions and with a population gaslighted by their friends in the media, that there has been little or no kickback from what has, in the past, been a reliable source, contemporary music. That it's taken a couple of fortysomethings to pick up punk's combative baton and run with it is telling, but at least someone is doing it. It's a testament to their energy and commitment, and the biting wit with which it is delivered, that Spare Ribs, their 11th album, still sounds this sharp. With its broader palette adding funk and hip hop influences to the paired back bleep punk, and the scathing social commentary accompanied by childhood hurt and recovery, it is also, maybe, their finest hour. So far.

Barry says: Sleaford Mods have one of the most rabid fanbases of all and 'Spare Ribs' is further proof as to why. Wry takes on modern issues and the politics, pitch-perfect commentary and delivered in their usual no-holds-barred way. Every bit the continuation of their rightfully enduring legacy.