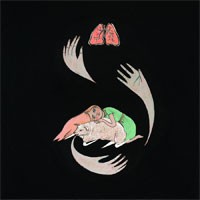 Purity Ring are a Halifax / Montreal-based duo comprised of Corin Roddick and Megan James. Their debut album ‘Shrines’ will be released on 4AD.

Despite the band’s young age (Corin is 21, Megan 24) and short gestation (they formed in late 2010), Purity Ring have delivered one of 2012’s most assured - and anticipated - debuts with ‘Shrines’. Indeed, ‘Shrines’ feels like anything but a first record - its vocal hooks are inescapable, its lush production futuristic and sophisticated but also as pristine as anything on pop radio.

The record’s 11 tracks trace a unique aesthetic universe that is carefully crafted and fully realised - deftly walking the lines between trap-rap exhilaration and otherworldly rapture, pleasure-centre pop and diaristic emotion, childlike dread and total selfpossession. Purity Ring’s is a universe that invites exploration and demands revisiting.

Corin and Megan grew up in and around Edmonton, Alberta where they were an integral part of that city’s small, tight-knit all-ages DIY music community. They toured extensively together in the band Gobble Gobble (now Born Gold), with Corin on drums and Megan singing. In the midst of a six-month-long tour, Corin’s love of R&B and hip hop grew, and he began experimenting with beat-making in Ableton Live. He asked Megan to lay down vocals on a song called ‘Ungirthed’, and Purity Ring was born. The song made its way online in January of 2011 to immediate international acclaim, and thus the two were suddenly faced with the daunting task of turning a studio project into a real band. To meet the challenge, Megan and Corin spent nearly six months conceiving a live show that would do justice to the unique music they were recording.

Every element of Purity Ring’s live presence has been carefully considered, from the clothes they wear (all designed and handmade by expert stitcher Megan) to the tactile, hybrid musical instrument / lighting machine that Corin built himself. The resulting spectacle can’t be overstated; infectious vocal leads chopped and screwed improvisationally, synth leads and lighting triggered live with a drummer’s precision.

Purity Ring’s performance is a lived synaesthesia that transcends the pitfalls often associated with live electronic-based music. Of course, perhaps the most exciting thing about Purity Ring is the overriding sense that these live performance innovations and their exceptional debut Shrines are merely the beginning of a collaboration whose remarkable chemistry is sure to bear much more to come - future pop, in every sense of the phrase.

Ryan says: I'm sure we've all been waiting eagerly for this one, witness the epic shimmering beauty that only Purity Ring can pull off. More of that 90's Rnb tinged synthwave you've heard so much about, similar to 'OoOOo'.