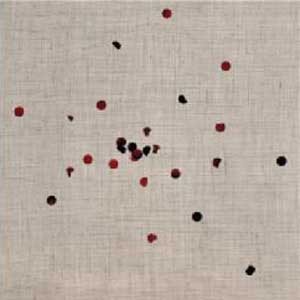 Aaron Hemphill announces details of his debut solo album, ‘Scented Pictures’. Released under the name Nonpareils, these are his first recordings since an amicable departure from Liars in 2016.

The songs on ‘Scented Pictures’, recorded by Hemphill in Berlin, are directly inspired by concepts relating to memories, or more accurately the sensory experience of memory. The tracks brim with poppy ideas and lush colour, yet their structures aim at defying logic, filtering the songs into strange new psychedelic corners. Hemphill believes that encouraging the brain to fill in the gaps in something - be it a piece of music or a specific memory - leads to an amplified, more vivid experience for the listener. The snippets of sound and image inside ‘Scented Pictures’’ songs were mostly culled from the musician’s own memory and tinted by his entry into a new solo phase in his career.

The songwriting displayed on ‘Scented Pictures’ is metaphysically restructured pop, the wealth of sounds and sonic processes at Hemphill’s disposal having diversified and warped since ‘Mess’, his final studio album with Liars.

I Can't Feel The Freeze Or Fade (Intro)
The Timeless Now
Cherry Cola
Ditchglass, They Think
Invisible Jets
Makes Me Miss The Misery Girls
Scented Pictures
Press Play
The Fever That Goes Up And Down
Fast Hat, Main Hat
Most Boys