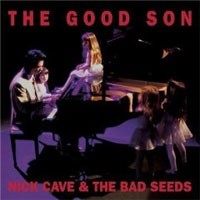 ‘The Weeping Song’ and ‘The Ship Song’ have now become firm fan favourites. ‘Foi Na Cruz’ is based partly upon the traditional Brazilian Protestant hymn of the same title. The title translates roughly as ‘It Happened On The Cross’.

Cave later said, “I guess ‘The Good Son’ is some kind of reflection of the way I felt early on in Brazil. I was quite happy there. I was in love and the first year or two was good. The problem I found was... in order to survive you have to adopt their attitudes towards everything, which are kind of blinkered.”

Nick Cave & The Bad SeedsKicking Against The Pricks (2009 Digital Remaster)

Nick Cave & The Bad SeedsFrom Her To Eternity (2009 Digital Remaster)