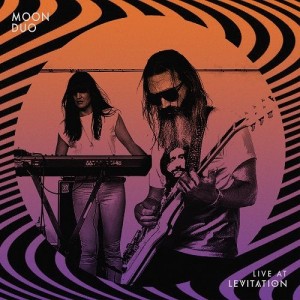 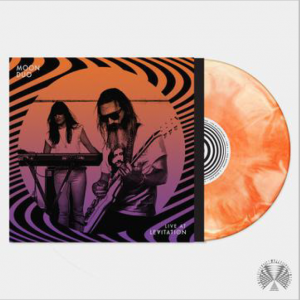 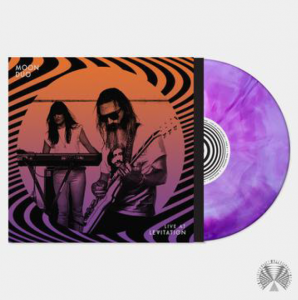 The first Austin Psych Fest was held in March 2008, and expanded to a 3 day event the following year. From there the festival quickly developed into an international destination for psychedelic rock fans, with lineups spanning the fringes of indie rock, from up-and-comers to vintage legends, and capped off with headlining performances from The Black Angels each year. The Black Angels and Levitation helped spark a movement, inspiring the creation of similar events across the globe and a burgeoning psych scene that would soon ignite. The series captures key moments in psychedelic rock history, and live music in Austin, Texas. The artists and sets showcased on Live at Levitation have been chosen from over a decade of recordings at the world-renowned event, and document key artists in the scene performing for a crowd of their peers and fans who gather at Levitation annually from all over the world.

These recordings capture Moon Duo as they rose to prominence as one of the defining creative forces of the psychedelic rock scene, with Sanae at the helm of their signature cosmic synth boogie + mind melting guitar work from Ripley Johnson. Side A showcases the band in its original incarnation, at Austin Psych Fest 2012, the band rose as a powerful two piece filling a sonic space with a pulsating and driving wall of sound. Side B shows the bands 2014 return and growth, now as a trio joined by John Jeffrey, live drums mix’d perfectly with their distorted synth sound creating a propulsion unlike any other and very distinctly Moon Duo. Working closely with the band to ensure an authentic listening experience, this show has been mixed and mastered for vinyl.