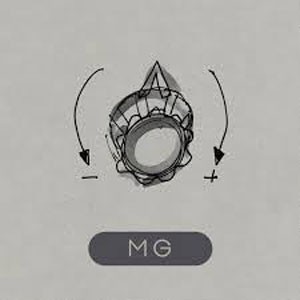 ‘MG’ is a new instrumental album from Martin Gore, one of the founding members of Depeche Mode. Following on from Martin’s collaboration with Vince Clarke on VCMG’s ‘SSSS’ in 2012, 'MG' sees Martin further develop his love, passion and respect for electronic music.

Written and produced by Martin Gore, work began on ‘MG’ following the final dates of Depeche Mode’s ‘Delta Machine’ tour in March 2013 at Gore’s home studio in Santa Barbara. An entire instrumental album had been in his thoughts for some time, particularly since he has been writing instrumentals for Depeche Mode since 1981.

“I wanted to keep the music very electronic, very filmic and give it an almost sci-fi like quality,” Martin explains. “Music is a necessity for me. I go into the studio at least 5 days a week, every week, so once I had the idea and the template, the process was quick and fun.”

‘MG’ is a soundtrack to an emotional and mysterious film of your own design. From the Angelo Badalmenti - like atmosphere of ‘Elk’ to the industrial electro swagger of ‘Brink’, it landscapes a unique and arresting vision.