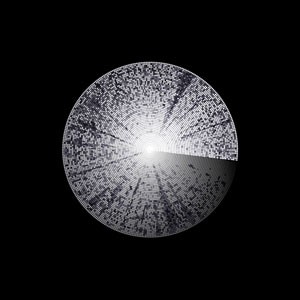 The original music has been transformed with hurricanes of modulated electronics, earth-shattering bass frequencies, vocoders ebbing and throbbing and the occasional drop into periods of eerie near-silence.

Using a variety of vintage analogue synthesisers and electronics, they have recreated the futuristic, industrial world of ominous darkness and dazzling light imagined by Kraftwerk in 1975 and reconstructed in this bold new manifestation for 2015.

The album is mastered by Denis Blackham, who mastered Kraftwerk’s classic 1974 album Autobahn.

“Bourne, a staggeringly talented pianist, also has an ability to explore the synthesiser’s most Kraftwerkian properties” - John Lewis, The Guardian.