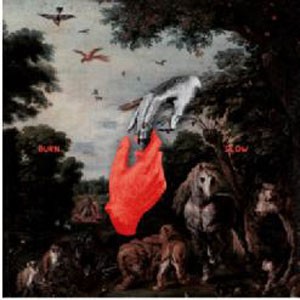 ‘Burn Slow’ is a minimalist electronic epic and the start of a new chapter for one of techno’s leading authorities. It might not be what you expect for a DJ synonymous with fast, hard and heavy techno but, according to Chris Liebing, he’s always been something of a slow starter: “I’ve wanted to do something like ‘Burn Slow’ all my life,” he says.

While retaining the framework of the techno beats that Chris Liebing has dedicated his life to for the past 25 years, here he also seeks out new harmonic territories, taking aim at the heart rather than the feet, in order to tackle some deep themes. The key concept of presence - the idea that everything is happening in this moment and that everything in the past is mere memory - form the thematic backbone of the record. It’s something Liebing got in touch with via philosopher Alan Watts, not to mention decades of getting entire dancefloors lost in the present: “If people would stay in the now, everything in the world would just have a bit more harmony,” explains Liebing.

Liebing has teamed up with Ralf Hildenbeutel (a key part of the long since defunct Eye Q family) for ‘Burn Slow’ and it was at his new musical ‘enabler’ Hildenbeutel’s Frankfurt studio that Liebing began drifting into new territory.