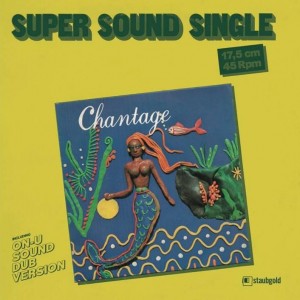 Chantage are Eve Blouin and Vivien Goldman. This exclusive re-issue features the artwork from the original 7", the extended version of "It's Only Money" from the Chantage 12" and the dub version by Adrian Sherwood which previously was only released on On-U Sound under the project name Playgroup in 1983. Also features Bruce Smith (PopGroup/Slits), Carroll Thompson and Neneh Cherry amongst others.