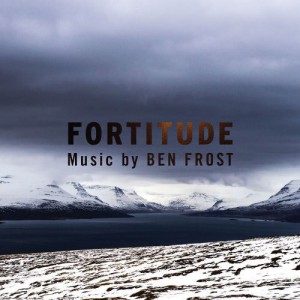 Australian-born, Reykjavík-dwelling musician Ben Frost, whose glacial compositions have adorned Sky Atlantic’s oddball Arctic murder mystery Fortitude. Despite previously scoring various visual projects (including survival drama The Deep), Frost approached Fortitude with reservations. “I was actually very wary of getting involved, to be honest,” he says. “In my experience, when people use words like ‘new’, ‘uncompromising’ and ‘cutting edge’, what they actually mean is can you borrow some elements from something genuinely exciting and mash it into a fine paste suitable for infants and old people.”

Dovetailing with the on-screen intrigue, Frost’s work is by turns urgent, unsettling and alarming. “I was probably subconsciously trying to get out of it when I said it should be built around choral music, but nobody asked me to leave the meeting,” he says.

For Frost, who has decried industry “bullshit” vehemently in the past, working on scores has proved liberating. “There are lines of inquiry that I can explore, that can form the foundations of a bigger idea, one that needs more time. In those long spaces between [albums], I have often found that writing soundtrack music as a counterpart to something else is, if nothing else, good exercise.”