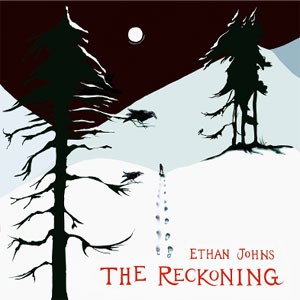 If the measure of a true artist is their inability to stand still then Ethan Johns easily fits the bill. Having achieved the upper reaches of success as a producer (Ray Lamontagne, Kings of Leon, Tom Jones, Paul McCartney, Laura Marling) the artist’s voice inside Johns’ head could not be quieted. His first solo record, If Not Now Then When? Released in Summer 2013 was received with acclaim by fans and critics alike.

For his subsequent record, Johns trades places behind the glass with long-time friend and collaborator Ryan Adams. The Adams-produced album, The Reckoning, was born on tour in the UK, Europe and the US, inspired by the landscapes of the countryside and snippets of life in each stop along the way.