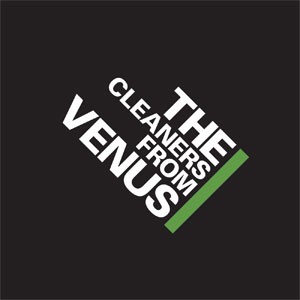 The legendary lo-fi band Cleaners from Venus formed in the small town of Wivenhoe, southeast England at the turn of 1980s by Martin Newell. The man, the myth, but to rock singer and part-time kitchen porter with a love of sunny 1960s pop music, punk rock and musical comedy. He never cared much for any kind of musical rule book and broke new ground with music that garnered a cult following and a highly-influential sound that continues to inspire. These 4 albums are the final chapter in the unveiling of the entire discography from the band, spanning the end of Martin Newell's long, storied run as the Cleaners from Venus (1985-1992). Included are Living with Victoria Grey, Number Thirteen and My Back Wages, which Newell considers a new release as it is finally being released as he originally intended it. The fourth album is a collection of rarities and unreleased material from the time that My Back Wages was recorded, called Extra Wages.

Extra Wages:
1. It Could Have Been Cheryl
2. The Iceberg And Unicorn
3. The World Strikes One
4. The Princes Of Suburbia
5. Rusty Iron Sun
6. Gatecrashing Oyster Park
7. Finding My Own Way Home
8. Red Guitars And Silver Tam
9. Everytime I Go Up
10. The Green Gold Girl Of The
11. We'll Build A House