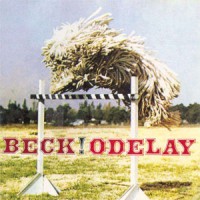 'Odelay' is the second full-length studio album by Beck and was originally released on June 18, 1996. On its release, 'Odelay' received almost unanimous critical applause. 'Odelay' was nominated for the Grammy award for album of the year and won a Grammy for best alternative music album in 1997 as well as a Grammy for Best Male Rock Vocal Performance for Where It’s At. Odelay was also ranked number 16 in Spin Magazines 100 Greatest albums (1985-2005). 'Odelay' was awarded Album of the Year by Rolling Stone and was voted as the best album of the year by The Village Voice. In 1998, Q magazine readers voted 'Odelay' the 51st greatest albums of all time and number 9 on its list of 100 best albums of the nineties.