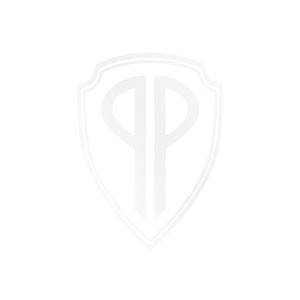 Perfect Pussy are one of the boldest and most intriguing projects to surface in recent years, garnering widespread critical acclaim following the release of a four song EP, titled I have lost all desire for feeling. Veiled beneath layers of exquisitely abrasive noise, frontwoman Meredith Graves’ lyrics are disarming, brutally honest and poetic, possessing a feverish intensity that can only be matched by Graves’ electric stage presence. Hailing from Syracuse, New York, the band is comprised of members from the local punk and hardcore community.

Since releasing their 4 song demo cassette I Have Lost All Desire for Feeling in late 2013, Perfect Pussy have taken the music world by storm. Their harsh yet refreshing lyrics paired with the assaulting vocals of singer Meredith Graves drew in audiences from all crowds. While often muffled by the wall of sound built buy the guitar, bass, drums and synth, it is the brutal truths of Graves’ lyrics and the power of her live delivery that has had everyone from Rolling Stone to Pitchfork to The New York Times praising the power of this rising band. With Say Yes to Love Perfect Pussy have begun to hone their sound while retaining the rough around the edges noise that first drew listeners in. The first track, “Driver”, grabs the listner and drags them into the chaotic world of this brief but powerful album. The songs kick and punch but it is the dense, honest lyrics that will make the listener feel the most. Filled with conflict and confidence and despare and desire, these are songs that stay with the listener long after the album has ended.

“These punk kids from the mean streets of Syracuse, New York, deliver high-energy slabs of mayhem-friendly post punk noise, a wall of guitar and Casio. Meredith Graves knows how to run her mosh pit like a dictator runs a birthday party.” Rolling Stone.

“In just four short songs, Perfect Pussy has spoken more truths than many artists with 20-year-spanning discographies, and with news of a debut full-length in the works, now is probably a good time to start bracing yourselves. It might get a little uncomfortable, but trust me, the shake-up is worth it.” Complex.

“One of the boldest new rock bands.” Pitchfork.