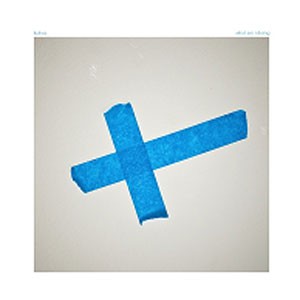 Lushes are a band born of tensions – between art and math, order and chaos, planning and chance. You can hear it in their songs – taut, twitching art-punk that balance anxiety and elation, often within the space of a few bars. Album opener "Harsh" glides along slowly, feeling like a moody and measured art-rock meditation until you zero in on the words in the chorus: "Harsh on my ears, that's the way I like it." This is push-pull music, songs that temper the jagged fitfulness of groups like June of 44 and Slint with the soft-focus sweetness and open-ended song structures of The Sea & Cake and The Notwist. That moods so diametrically opposed can peacefully coexist is part of Lushes mystery and allure. That duality extends to the group's background. James Ardery and Joel Myers were living in worlds far removed from music, both working day jobs that neither of them enjoyed. Their personalities were different – James was outspoken and gregarious, Joel introverted and reserved. Their musical backgrounds were different: James grew up pillaging his father's record collection, getting turned on to Nirvana and Wu-Tang Clan by his older brother and attending hardcore shows by pioneering bands like Fugazi at 12 years old. Joel was formally trained, loving classical music but almost completely oblivious to rock and pop. The fusion of their disparate influences is what animates Lushes – the anarchy of punk and hardcore colliding with the precision of jazz to create music that is marvelously ordered while still feeling seconds away from detonation. That tension pulses throughout What Am I Doing, the group's warring influences making for music that feels brittle and vital.