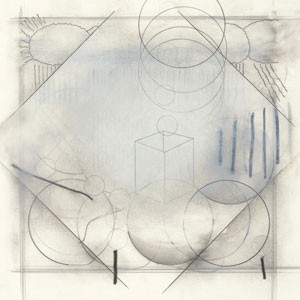 Actress’s debut album ‘Hazyville’ will be remastered and released for the first time on white vinyl (with artwork etching on side F) as part of a beautifully crafted ‘Elephant’-skinned box set edition of ‘Ghettoville’, which comes complete with a 40 page artbook, the vinyl format of ‘Ghettoville’, and CD versions of both releases.

On 2012's "RIP" Darren J Cunningham took a step away from the 4/4s of his early career to explore the realm of dreamlike soundscapes and intangible melody. His latest record, "Ghettoville" sees the producer wake from the dream to find that it's become his reality. The album begins with a thick grime of machinery, occasionally penetrated by dissonant guitar and eerie pads. On "Corner" Actress brings the world into focus. The gangsta rap bassline and keyboard merge with the raw house rhythm conjuring images of burnt out cars and run down buildings. The lolloping beat of "Rims" combines with a rubbery bassline as the raw outsider techno sound becomes possessed by the ghost of bass music past. The gorgeous ambient soundscapes of "Our" and "Time" will seduce fans of Four Tet or (late) Radiohead with their fragile beauty, while "Bircage" sees Actress experiment with new sounds, constructing a primitive tropical drum house track which borders on the Balearic. Club kids needn't fear though, "Gaze", "Skyline" and "Frontline" are raw jackers that'll keep you moving throughout the darkness. "Rap" and "Rule" are the offspring of Hip Hop and RnB after a hefty swig of the 'drank', blurred, slowed down and generally spannered. Indeed the album peaks on the closer "Rule" as Actress fuses the pitched down rap lyric with the keys from "Gypsy Woman" to create a beatdown bomb that any local Detroiter would be proud of. "Ghettoville" is a bold and complex album which sees the different strands of Cunningham's sound pulled together into a dystopic futuristic vision, brimming with ideas and filtered through the producer's unique aesthetic.