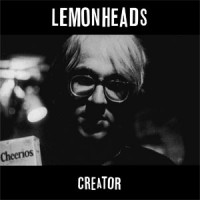 Creator is the second album by legendary Boston band The Lemonheads. Still featuring the full original line-up of Evan Dando, Ben Deily, and Jesse Peretz, the album also includes John P. Strohm (of the Blake Babies, Antenna, and Velo-Deluxe) on drums. From the oddly surreal album cover image (a snapshot of friend and high school classmate Ivan Kreilkamp, originator of the name “Lemonheads,” clutching a box of Cheerios) to the themes of death, dreams, obsession, and mayhem that haunt the material, Creator is weird, ambitious, and markedly moodier than its predecessor—without having lost the band’s irreverent sense of humour. Also evident in this sophomore effort is a newfound attention to idiosyncratic detail—from the precisely timed inter-song pauses and sound clips, to the carefully-crafted song order of the album’s original 13 tracks.

Creator finds Ben Deily once again slipping in quotations from Emily Dickinson (“Burying Ground”) and references to Matthew Arnold (“Come to the Window”), while Dando breaks new ground in song writing complexity (the rich sonic tapestry of “Out”) as well as arrangement, ushering in the band’s first-ever acoustic recording (his cover of Charles Manson’s “Your Home Is Where You’re Happy”). At the same time, the band still fires off blistering punk rock (“Clang Bang Clang,” “Die Right Now,” “Take Her Down”) and finds time to lovingly trash Kiss’ 1977 classic “Plaster Caster.” Recorded in one coherent series of sessions—unlike its predecessor, Hate Your Friends, and its follow-up Lick—Creator is, for all its musical schizophrenia, arguably the most coherent of the Lemonheads’ TAANG-era recordings.

BONUS TRACKS: This Fire Records re-issue features bonus tracks including never-before-released live tracks from a 1988 radio session (featuring a never-before-heard configuration of the band, including guitarist Ben Deily on bass and vocals); also includes an original song (“Cease to Exist”) never released on any album, and a performance by Juliana Hatfield.

The LemonheadsHate Your Friends (Deluxe)