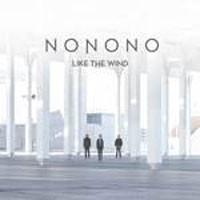 Debut 12" from much hyped Swedish three piece. Includes very special D.Lissvik Remix. “A sure-fire summer anthem” Gigwise“One of the best scandi-pop acts of 2013” The Guardian “Artfully balancing experimentalism and instantaneous brilliance” This is Fake DIY“Don’t be surprised if NONONO crosses over in a big way: simply too big for the blogs” Idolator

“I don’t know about songwriting rules, and I didn’t go to music school,” Stina explains. “It’s more about a feeling I want to get out. Psychology has influenced me because it gives you so many tools to think about life and situations in deeper ways”. Stina now works in a mental hospital in her free time. “I like to have that world alongside the music, because the music industry takes itself so seriously. If you work with something really different, you get reminded that things aren’t so important, and the world won’t die if you don’t get a mega-hit.”

This thoughtful sensibility is reflected in their much-hyped debut release “Like The Wind”, to be released in the UK and Europe in July through Best Fit Recordings. Described by Popjustice as “a song you are going to listen to once, then immediately feel like listening to again, setting in motion a repeat listening frenzy that will last well over three hours,” it has also been championed by tastemakers including The Guardian, Notion and The Quietus.