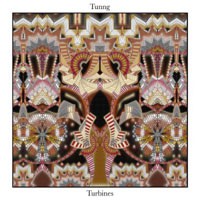 Despite various changes in the band’s set-up - including frontman Mike Lindsay’s relocation to Iceland where he recorded last year’s acclaimed ‘Cheek Mountain Thief’ solo album - there’s a togetherness to the album. Recorded mainly in Dorset, this is the first Tunng album where all members were present at each stage of the process.

Becky Jacobs shares lead vocals with Mike, and they are joined by an eclectic array of instruments and vintage equipment resulting in a rich, colourful record.