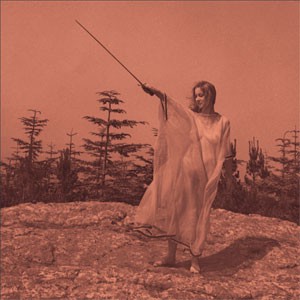 Unknown Mortal Orchestra came to life in basements and bedrooms after Nielson moved from his native New Zealand to Portland, Oregon with his family. Following the recruitment of bassist Jacob Portrait, new drummer Greg Rogove and a deal with Jagjaguwar, UMO toured the US with Grizzly Bear and Liars.

‘II’ builds on the breakbeat, junk shop charm the 32-year-old multi-instrumentalist and songwriter came to be renowned for following his self-titled 2011 debut, and signals the solidification of Unknown Mortal Orchestra’s position as an endlessly intriguing, brave psychedelic band. Unknown Mortal Orchestra is unafraid to dig deeper than the rest, to lock into their intoxicating, opiate groove and bring rock ‘n’ roll’s exaggerated myths to life.

Written during a punishing, debauched touring schedule during which Nielson feared for his sanity and health, ‘II’ illustrates the emotional turmoil of life on the road, painting surrealist, cartoonish portraits of loneliness, love and despair.

These conflicting themes are evident immediately; on the album’s sleeve is an unnerving image of Janet Farrar, the famous British witch Wiccan, author and teacher of witchcraft. The chilling refrain of opener ‘Into The Sun’ sees Nielson deliver the line “Isolation can put a gun in your hand,” softly, his words starkly intelligible above a warm, slow-burning melody that quickly brands itself onto your brain. His playful imagery (“I’m so lonely I’ve gotta eat my popcorn all alone”) mirrors the melody, before a solo that borders on psychotropic ends ‘II’s introduction.

As it unfolds, ‘II’ does find Nielson reenergized. ‘One At A Time’ and ‘Faded In The Morning’ boast dizzying choruses and instrumentals - these crusty hunks could have been excavated from a lost 1960s treasure trove. ‘Monki’ unravels over seven minutes like the yarn from a stoner’s cardigan with an eye-frying pattern. ‘Dawn’ is a minute of disconcerting noise that stands out between the nooks and crannies of the choruses, guitar solos, groove-heavy bass and drums that were recorded live by newly-recruited drummer Greg Rogove and Kody Nielson in a move away from the electronic percussion employed on album one. ‘II’ closes with ‘Secret Xtians’, a tender observational puzzle that fizzes to a satisfied end.

Pulling Pink Floyd, The Family Stone, The Beatles and the Soft Machine through his warped rock ‘n’ roll filter, Nielson has created a collection of expressive psychedelia. Unknown Mortal Orchestra was once Nielson’s closeted concern. With an album that uses his singular musical imagination and extraordinary talent to parade his emotions with unyielding honesty, it is now a fully realized band operating at the peak of its powers.

‘II’ is the follow up and refinement to 2011’s self-titled, critically adored debut (released by Fat Possum and True Panther Sounds).

Andy says: UMO's 2011 debut LP was a one-man, bedroom curio layering sun-kissed psych-pop over chunky break beats. Expanded to a three piece, the live drummer brings an untutored looseness to the band’s sound which perfectly suits the laid-back, mellow vibe of these tunes. Ruban Neilson has made a beautiful night time record; hazy, blurred and luminous. And it still has that home-studio charm: lo-fi, fuzzy and whimsical, but the psych is now the Beatles, the blues a freaked-out Marc Bolan and there's a soulfulness that recalls early ‘70s Curtis Mayfield; a gorgeous blend. Curtis comparisons extend to Ruban's guitar playing too; seemingly meandering, carefree explorations reveal themselves to be intricately worked out, melodic lines that spill into each other, sometimes with a whiff of prog, sometimes even jazz. Mixed with the white-soul and garage, plus (inter)stellar melodies, you have one funky little nugget, a dazed and dreamy gem of an album.