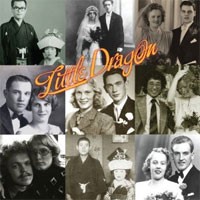 Little Dragon return with their new album 'Ritual Union'. Since 2009’s critically acclaimed 'Machine Dreams' the band have not sat still, touring the globe and making some high profile friends along the way. Damon Albarn invited them to collaborate on two tracks for Gorillaz 'Plastic Beach' LP, which became album highlights for the critics with Pitchfork describing the songs ‘Empire Ants’ and ‘To Binge’ as “two of the most arresting things here; they’re airy, elusive and amazingly beautiful”.

'Ritual Union' takes everything I love about Little Dragon and distils it to perfection; Yukimi Nagano’s wonderfully emotive and hooky vocals and quirky electro-acoustic backing tracks that are part live-played (drums) and part computer-created (all sorts of wonky synth sounds). Always distinctive and sounding like no one else, Little Dragon are an evolutionary branch of the 90s trip hop / downbeat sound, but one that didn't get mired in a coffee-table-chill-out-made-for-mobile-phone-adverts snooze-fest, instead opting for off the wall originality and seductive otherness.