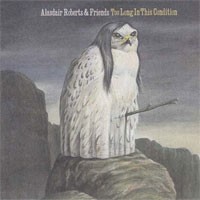 The follow up to 2009’s critically acclaimed "Spoils", this new album by the Glasgow based ‘Wyrd Folk’ artist is a collection of traditional ballads and follows a recent front cover feature in The Wire magazine (March 2010).

Following 2009’s critically acclaimed "Spoils", this new album (his 6th overall) is Alasdair’s third collection of traditional material. Credited to Alasdair Roberts & Friends, it features a stellar cast of international musicians who perfectly complement his raptly personal versions of the songs recorded. Roberts has toured extensively in the UK and beyond, and recently completed a solo European tour opening for Joanna Newsom. This followed a front cover feature in the March 2010 edition of The Wire. "Too Long In This Condition" has been licensed for UK/European release from the Drag City label.