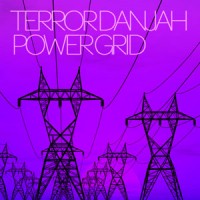 Terror Danjah’s back on Planet Mu after last year’s "Gremlinz" compilation reintroduced him to the world at large. Since then, as well as Planet Mu, he’s released a single on Hyperdub, one on Butterz with more to come. Well the Gremlinz are back again on Planet Mu with this punchy eight track mini-album of experimental grime that showcases a breadth of new music, that swallows r'n'b and dubstep into Terror's self made matrix. The tracks range from the spikey, minimal 'Space Traveller' to synthy beasts like "Twisted", to the vicious "Power Grid" that pits shuffling 2step drums against a fierce, dark bassline and the occasional firing ravey breakbeat. "Upton Lane" contrasts a twinkling synth melody with big kick drums and nervy chords, while 'Horror Story' goes cold and minimal again with a shivery bassline, slippy slidy drums and spooked out harp chords.