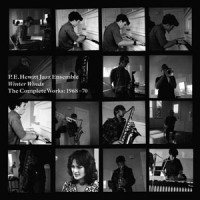 PE Hewitt was just 16 years old when he recorded and released his debut album "Jawbones", in a run of just 50 copies. By the time he sold out of the 100 press of his third album, "Winter Winds", he was approaching the ripe-old age of 20. The three albums he and his group of young compatriots wrote, recorded, pressed and - in a sense - distributed are some of the very best late 60s / early 70s jazz records you could hope to hear. That’s why, despite a 40 year gap and the tiniest of private presses couldn’t suppress their re-emergence. Rather than offer us just an anthology Now-Again decided to give us all three albums as they were made, out of respect for Hewitt’s monstrous achievements. The label have recreated the albums as they were released, down to the hand-painted covers. Also included is a 44-page booklet which includes the original liner notes, an essay on Hewitt and his career, an interview with him and never-seen-before photos.