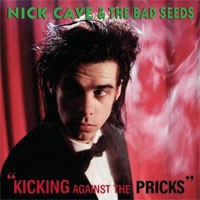 An album of covers by the likes of Leadbelly, Jim Webb, Alex Harvey, Gene Pitney, Tim Rose and the Velvet Underground amongst others, all reworked and reconstructed with expert menacing detail by the Bad Seeds who combine superbly with Cave's excellent vocal performance. The major shock here is how well this collection of songs works as an album!!!

This is one of the first four albums in a series that will see the band's entire album catalogue digitally remastered and remixed for the first time since their original release.
All 14 albums will be available as remastered CD and as a deluxe Collectors Edition which will feature the remastered album plus a DVD with the entire album in 5.1 surround sound, a specially commissioned short film made by acclaimed UK artists Iain Forsyth and Jane Pollard plus the b-sides from the singles and exclusive sleeve notes.