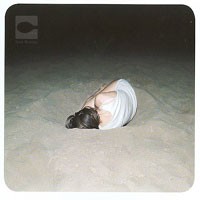 Piccadilly favourites Speck Mountain follow up their stunning debut, “Summer Above” with this gem! The songs here have been filled out with piano, organ, sax, and vintage effects, the mixes booby-trapped all over with headphone-happy detail. Influenced by gospel, 60s soul, and ambient film soundtracks, by combining the strength of Marie-Claire Balabanian's lungs with the intuitive, spiky rhythms of Karl Briedrick's guitar, Speck Mountain often suggest a divine marriage between melody and drone. The songs on “Some Sweet Relief” are less immediate than on their debut, instead they gradually work their way into your consciousness like a blissed out brainworm travelling at its own pace. With each listen you pick out another layer of intricacy, another subtle detail, and another piece of beauty. They’ve done it again; another record that's as perfect for the drowsy early morning as it is in the late night comedown.